More electronic modular music from Wales, from one of our performers at the Cymru Beats 16 event. More than ten years work has apparently gone into The Golden Communion: accordingly, it is a triple LP set, spanning over two hours. Huge variety in here, from more-or-less pop songs through to abstract, semi-classical suits of 28 minutes. Thighpaulsandrahas put a lot into this record, and you could get a lot out of it. On Editions Mego.

Thighpaulsandra’s 7th full length album “The Golden Communion”, his first since 2006’s “The Lepore Extrusion”. Well over a decade in the making, this is his debut for Editions Mego. It comprises 10 new songs, running well over two hours with individual pieces clocking in between 4 and 28 minutes. Featured musicians on the album include regular collaborators Martin Schellard and Sion Orgon, plus the odd guest/ghost from bands Thighpaulsandra has worked with in the past.

If you have heard any of Thighpaulsandra’s previous albums, you will know that you’d best approach this record with no fixed set of expectations, because once again he changes genres and defies easy classification, sometimes more than once within one song. Drawing on his long-time background as a key member in such diverse groups as Coil, Spiritualized and Julian Cope’s band (in each case arguably at the height of their creative prowess) and his work as producer and sound engineer for an even larger variety of customers, you’ll find classical passages next to hard rock riffing, krauty experimental work-outs turning into super catchy, almost radio-friendly songs and more.

Many adjectives have been used to describe Thighpaulsandra’s work: epic, challenging, timeless, idiosyncratic, but certainly never predictable or boring.

Possibly his most rewarding album yet and a welcome and unusual entry, in the Mego catalogue, which will entertain and astonish listeners who are fond of having their mind severely altered by sound.

DISC 3
E1. The Sinking Stone
E2. On the Register
F1. The More I Know Men, the Better I Like Dogs 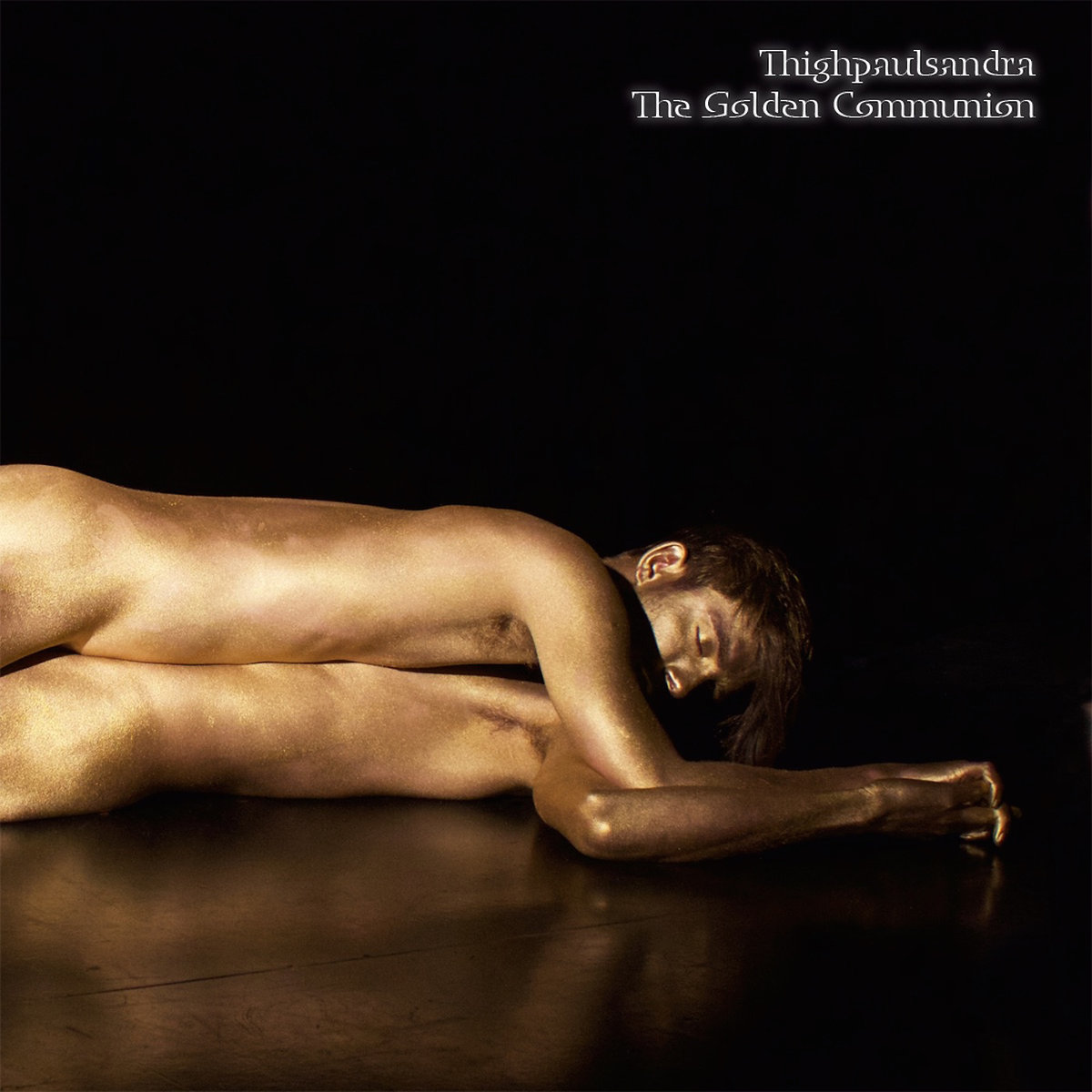