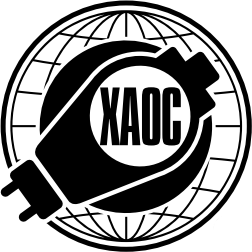 A multifunction eurorack module designed for easy interfacing of external gear to your modular environment.

Sewastopol is a multifunction eurorack module designed for easy interfacing of external gear to your modular environment. It can export line and professional level audio, import audio from instruments and electroacoustic transducers, and analyze the incoming audio to generate voltages and triggers to control your modular system.

This is a second, vastly improved revision to the original 2014 Sewastopol, featuring a completely redesigned preamplifier circuit, better ergonomics and various other improvements.

Sewastopol consists of four independent blocks: export attenuator and symmetrizer, import preamplifier, envelope follower, and voltage comparator. These blocks may be used separately, but they are internally normalled thus offering a default chain for processing your modular signals through outboard gear (effects, stompboxes, signal processors), and then bringing them back to modular levels and offering several analysis options. Sewastopol facilitates using your modular system as a complex effect machine for your external gear. Its high input impedance and wide gain range allows weak guitar, microphone, and piezo transducer signals to be amplified up to modular levels.

The IMPORT and EXPORT blocks are located in the lower section of the panel. The outgoing modular signal should be patched to the to export jack. It is attenuated by the corresponding potentiometer and transferred to the 6.3mm (1/4”) TRS balanced socket labeled EXPORT/FX SEND. The LED displays the attenuated signal level and indicates possible clipping. The external signal to be introduced to your modular should be patched to the 6.3mm (1/4”) jack labeled IMPORT/FX RETURN. The gain knob sets the amount of amplification over a wide range, while the LED indicates possible clipping. The amplified input signal is available in the IMPORTED jack.

The upper part of the front panel offers controls for the signal analysis blocks. The envelope follower input jack labeled FOLLOW is internally normalled to the output of the import block, but it allows for directly patching other signals. Before processing by the follower, the input signal may be conditioned by an optional highpass filter switched by the toggle labeled LOW END CUT. The filter affects the operation of the follower only, while the signal delivered to the IMPORTED socket remains full-band.

The envelope follower generates a unipolar control voltage that reflects the amplitude of the input signal. It reacts instantly to every increase of the amplitude (especially at transients), and the output CV decays with a rate set by the ENV RELEASE knob and the RELEASE RANGE toggle. A multicolor LED monitors the generated envelope. This control voltage is available in both positive and negative (inverted) polarity at the corresponding jacks.

The comparator input jack labeled COMPARE is internally normalled to the output of the envelope follower, but it can also be used with other signals. It works in a straightforward way: the input is compared with the value set by the thresh knob.

Each time the threshold is exceeded, a short trigger impulse is produced and the gate goes high. These two signals are available at the corresponding jacks while the LED displays gate activity.

To process modular signals through your outboard gear, arrange an external chain of desired processors to be included in your patch and connect it between the FX SEND and FX RETURN. Remember that modular signals are way too hot for some studio gear (which can eventually cause damage), so attenuation is important. The import preamplifier offers a wide range of gain settings (0dB to +60dB), therefore you must carefully set the knob unless you want to exploit the screaming distortion of the preamp.

You can use Sewastopol as a general output to an outboard mixer, amp, or computer interface. To comfortably mix or record the signal from the modular system, patch a shielded cable from the export jack to your equipment. Sewastopol features a fully balanced output, so if the device has a balanced input it will greatly benefit from using a symmetric TRS cable.

Sewastopol provides an easy way to import external signals to your modular system from a guitar, a standalone synth, a drum machine, or any other instrument or microphone. Just patch the shielded cable with a 6.3mm (1/4”) plug to the import jack and carefully set the gain. The preamplifier accepts very weak to very hot signals and features high input impedance (10MOhms) so that it sounds great with coil and piezoelectric transducers. It offers a gain of up to +60dB on the knob plus an optional boost of +20dB set via jumper on the back. Be aware that at high gain settings the preamplifier may be sensitive to all kinds of noises from other devices, switching power supplies and transformers, as well as hum, which is often caused by poor shielding of the input cable.

The envelope follower in Sewastopol is a unique circuit that offers both rapid reaction to transients and smoothed response to amplitude fluctuations. As opposed to followers based on rectification and smoothing (which results in lags or unwanted ripples in the output voltage), Sewastopol makes use of a bipolar peak detector whose output is held until a subsequent waveform peak arrives. The response for a rapid increase of amplitude (often associated with transients) is nearly instantaneous. The output value may be held for a longer time, depending on the setting of the ENV RELEASE knob. During this time the output CV decays to zero unless there is another peak or some other component detected (like noise, or hum, or even an inaudible DC offset). If such a component occurs, the follower will continue updating its output CV as long as this component remains present.

A proper setting of the release time is crucial for obtaining a musically useful CV signal that is not too rough and not too sloppy. The knob and range switch offer a wide range of settings suitable for extremely short and dry transients as well as long tails of reverbs. While extreme settings are rarely useful in “normal” applications, they can be creatively exploited for unusual effects.
When operating on complex music material, the results may be dominated by the presence of strong-low frequency components. If your aim is to detect percussive elements rather than the bass, set the low end cut filter to 33Hz to attenuate low frequencies, or to 3kHz to attenuate low and midrange frequencies. Keep in mind that removing low frequencies significantly reduces the overall amplitude of the follower input.

The comparator block is optimized for generating note-on-like gate signals and corresponding trigger signals in response to the presence of sounds at the import jack (and analyzed by the envelope detector). Please note that a comparator operating directly on audio signals would produce a stream of rapid impulses corresponding to the shape of the waveform—that’s why the connection is better left normalled to the envelope output.

The threshold potentiometer must be carefully adjusted to obtain a reliable note detection each time the parameters of the envelope follower are changed. In order to minimize erratic multiple firing, the comparator is equipped with a narrow hysteresis circuit. Different thresholds are applied for increasing and decreasing voltage, so that any changes within a small range are ignored.

The preamplifier is located on a separate detachable board and can be exchanged with a different circuit, for example a low impedance, or tube-based preamp. This edition of Sewastopol ships with a universal solid-state preamplifier model “877ЛПМБ”, based on a symmetric JFET input stage and a very low noise operational amplifier. This preamp model is our best effort to achieve very high input impedance and gain while keeping noise at a minimum level. Additional preamp models may be available in the future.