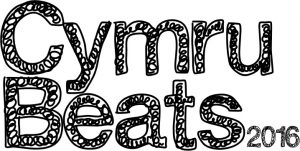 The first modular synths were developed in the 1960s by legendary US synth makers RA Moog and Co. and the scene received a major injection

of energy and popularity with the invention of the “Eurorack” system by Germany’s Doepfer Musikelektronik in the 90s. The backlash against the computer and software, and the rush back to electronic analogue

hardware is still exploding in 2016.

As well as niche specialists there are many mainstream artists who have discovered the joy of the modular – including Depeche Mode, Coldplay, Lloyd Cole and Radiohead. On Saturday 18th from 1pm we’ll be in Chapter’s ‘first space’ for an afternoon of meet, chat and modular play. Performances will start at 6pm.

On Sunday at 11am (cinema 2) we are screening the seminal modular synthesiser cinema documentary ‘I dream of wires’. This is your chance to see it in a cinema in full digital cinema quality, surrounded by fellow electronic music lovers!

We will follow the film with a panel discussion with some notable modular evangelists, followed by social drinks and chat in the bar. To find out more and buy tickets for the movie, visit chapter.org

This year sees a meeting of minds for discussion, interviews, talks, performances and films. The event kicks off at lunchtime Saturday, with an afternoon to hang out,

meet, look at and talk about modulars. This year we’ll start evening performances at 6pm, with some great names in the field,

such as Thighpaulsandra, Nick Batt of Sonicstate, Eden Grey – one of the rare women of Eurorack, Cardiff’s ‘Mute Group(s)’, VCOADSR from Brighton returns this year and John Biddulph (Jools Holland band) will experiment with saxophone and modular. We are also hoping to have a very special guest performer, stay tuned.